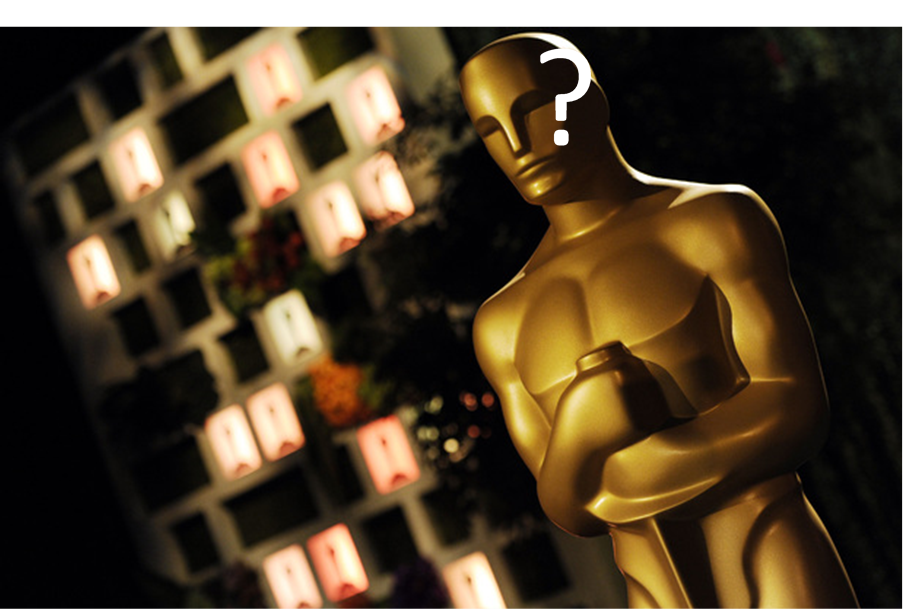 What kind of films win Oscars? Below is all the Oscar winners classified by the type of emotion they generally illicit.

There are five classifications I use are:

1. Reflective films. These films induce mild feelings of dejection or depression to make you reflect and ponder.

2. Anxious. Films that induce anxiety or fear, like horrors and thrillers, allow us to experiment with these troubling emotions in a safe environment.

3. Amused. These films give us a a laugh, to help relieve tension.

4. Informed. People who watch these films are seeking education and are curious to learn.

5. Elated. These films lift our spirits and emotion. 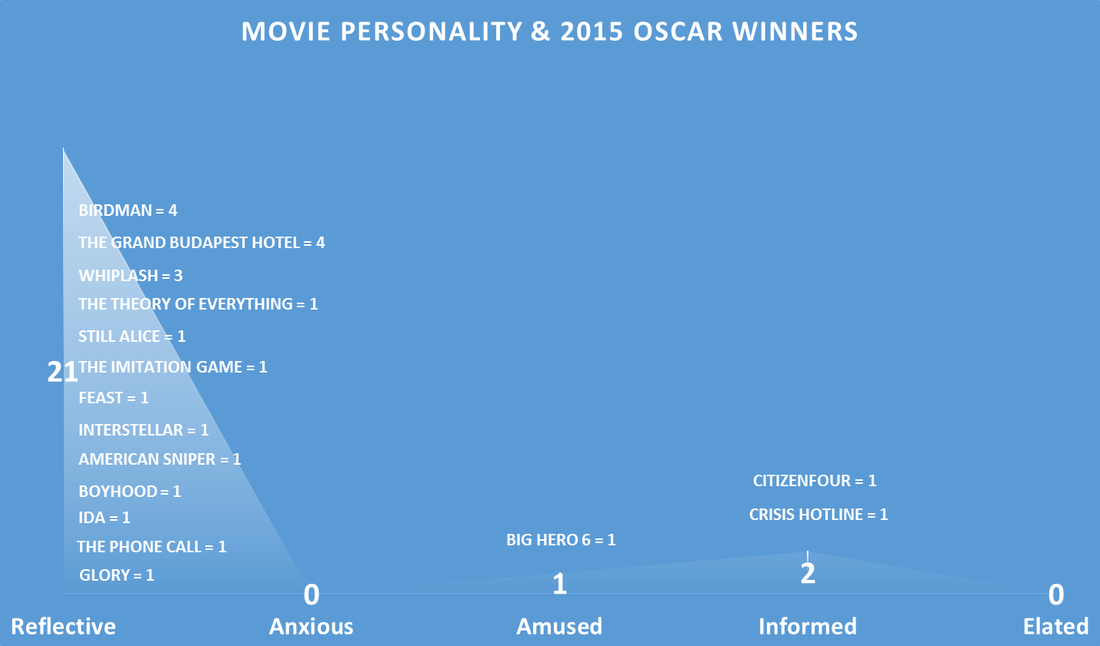 And the winner is…reflective films. Too bad if you tried to make a film to scare, amuse, inform or uplift.

If you want to know what type of film you prefer, take your movie personality quiz.

Spoilers aheadAccording to one psychological model, there’s basically four areas you need to work on to feel life is purposeful.

How do we know how someone will react? For example, when telling a joke, we already have a hunch that

Movies set in the future always seem to overestimate the progress of humankind. In 2001: A Space Odyssey, artificial intelligence controlled deep space exploration. In the original Star Trek series, they speak of the ‘Eugenics War’ that occurred in the 1990s.

In Star Wars we have lightsabers and lightspeed. But that was set a long time ago in a galaxy far, far away…of course.In 2015, we are now entering the future predicted rather unsuccessfully in Back to the Future 2, which was released in 1989. What predictions were made and why do people have such a hard time predicting the future?

When humans imagine the future we like to imagine it looking futuristic.  Everything in the future will look futuristic if they fill the screen with devices and technology, lights that glow bright colours, and make everything hover, fly, and look really clean.In Back to the Future 2, we have automated hovering dog walkers, hoverboards, hovering signs, and neon flashing lights everywhere. 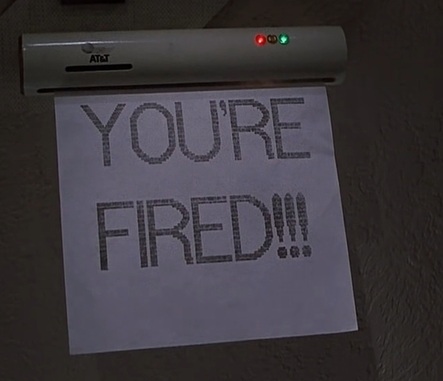 Humans struggle with trends. One bias we have is to ignore complex relationships and focus on simple ‘linear’ trends. That is, if a trend is going up, it will keep going. If a trend is declining, it will continue to bottom out.

A new technology is released and we immediately imagine how it will completely invade our lives like the television. Fax machines were growing in popularity in the late 80s. Made sense that we’d have one in every room as depicted in Back to the Future 2. 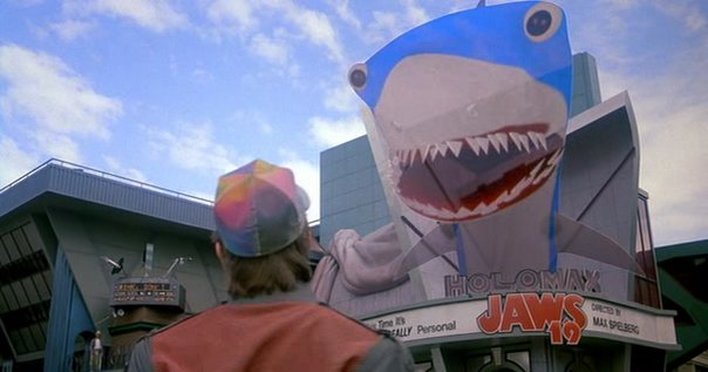 This difficulty with understanding complexity also explains why we assume a popular trend in sequels will continue. After four Jaws movies, it wasn’t unusual to imagine that there could be up to 19 Jaws films by 2015. Of course, there’s still only four! It might have been a closer estimate if they predicted Policy Academy films (7), or Star Trek films (12).

Another prediction we make about future trends is the assumption that all things go up and down in cycles. That is, history will repeat itself through the ages.People often assume that there has to be downturns, that the climate is warming but will probably right itself again at the end of the cycle. Individuals who have been around a long time often like to believe that everything that we’re doing today was already explored back in the day etc.

In Back to the Future 2, we see Marty’s future son encountering the same issues with the school bully who just so happens to be the grandson of the bully from 1955. Marty has also fallen into a meaningless existence much like his father in the first film. 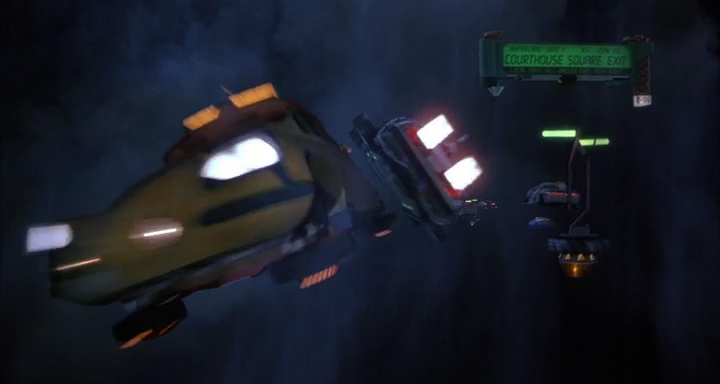 When we imagine the future, we tend to be more optimistic. We ignore the drawbacks, complications, and significant work that would actually be needed to generate flying cars. 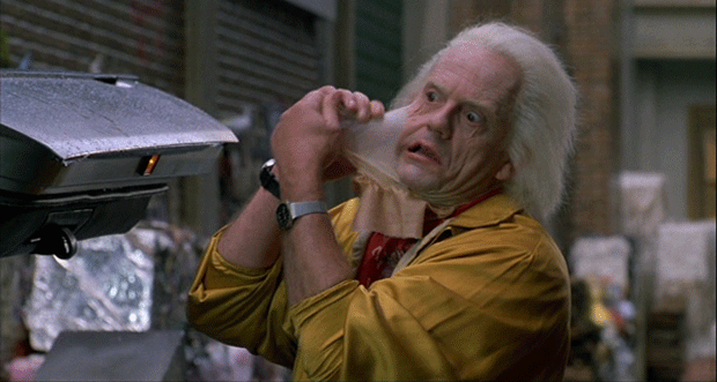 We might also be more optimistic about health care. For example, it’s easy to imagine that there could be rejuvenation clinics that can shave decades off your life. It’s a lot harder to work out how you would even achieve 0.00001% of that if you had to actually plan for it tomorrow.

What’s more interesting is that it’s 2015 and the future Marty–who has access to all this cool new health care–looks older than the actual 2015 Michael J Fox. That’s another odd prediction we make in future films. That is, we assume people will look older and older (linearity bias again) but fail to take into account the measures people take to look younger (e.g. make-up, hair dye, fashion, exercise etc.). 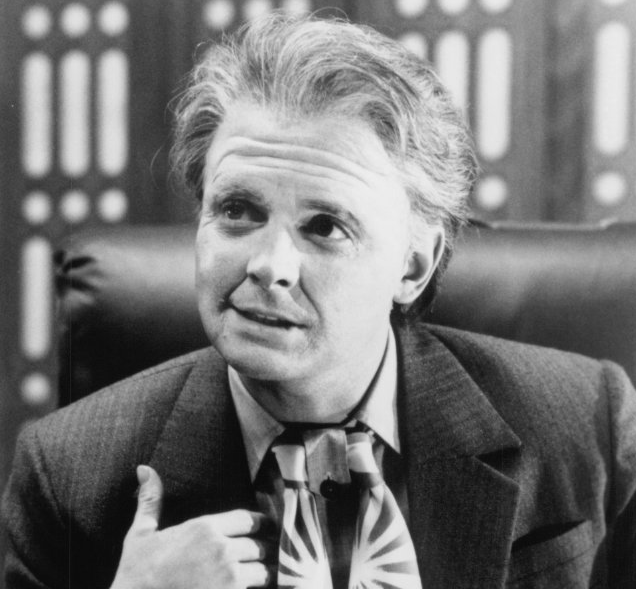 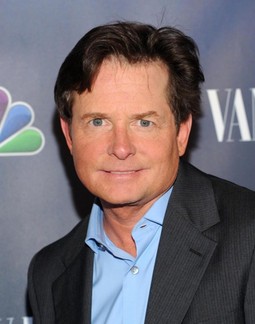 The future is so optimistic in Back to the Future 2, that they think lawyers will be ‘abolished’ and the weather forecasts will be accurate to the second. Surely, the three constants of the universe are the speed of light, lawyers and poor weather predictions?

The reason why it’s hard to write a really convincing and accurate story set in the future is that it’s really, really, really, hard to predict the major shifts and innovation that occur to create the future.According to Black Swan theory, we are terrible at predicting the future because we base everything we know on the past and present. We base our predictions on exaggerations of what we know and can’t know what true unknowns will be. If we could predict future technologies and innovations, we’d probably already have them.

In Back to the Future 2, the writers struggle with predicting actual innovations like the smart phone, tablets, or the internet. Instead, the predictions involve odd ideas like devices that dispense fruit from the ceiling (I’m sure that’ll catch on). 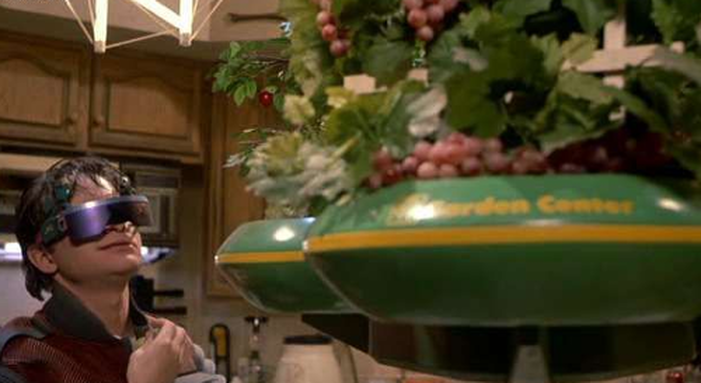 But the one prediction they got right was the Nike shoes with powered laces. In response to the film’s success and in celebration of the 2015 milestone, Nike are currently developing the shoes. If Mattel releases a hoverboard, then I’ll be impressed.

In a recent paper, a researcher criticised psychological studies for investigating unusual and counterintuitive findings just for the sake of

What would Sigmund Freud make of Star Wars?There are characters with father issues, laser swords that extend and retract, and

After two decades of prequels, spin-off and reboots, the sequel has returned, risen, and, er, rebooted? Sequels play off the 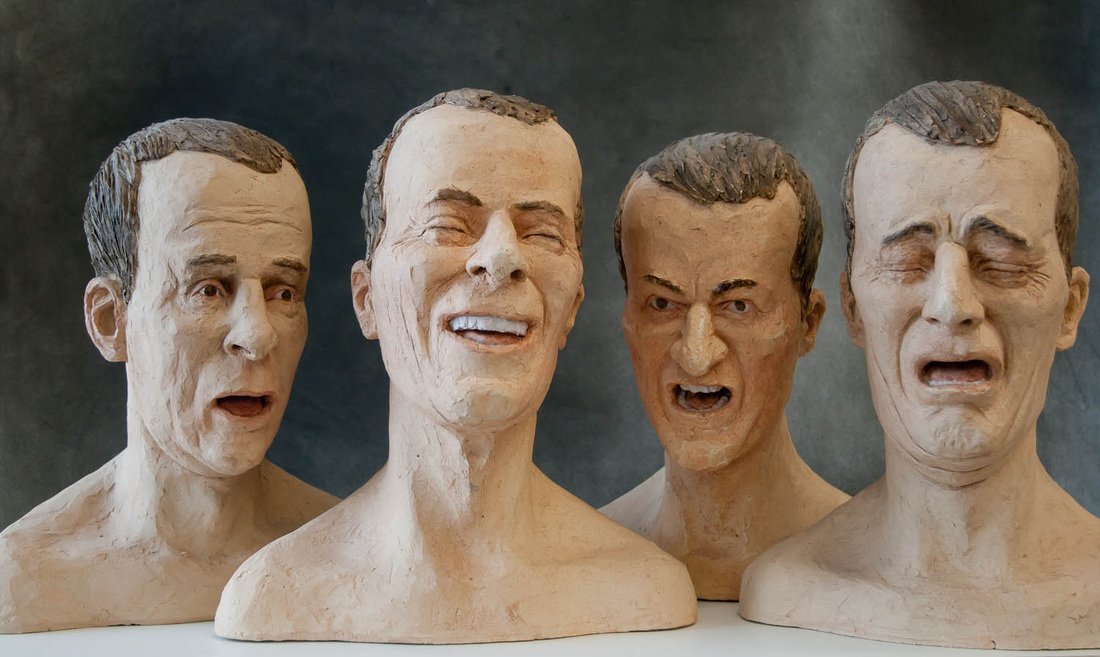 How do we know how someone will react? For example, when telling a joke, we already have a hunch that the audience will find it funny. When we recommend a difficult course of action, we anticipate that the person may become agitated or angry. If you are like most people, you simulate in your head how you would feel in the situation to predict how someone else will feel.

However, research suggests that we often get this wrong. Because we don’t tend to get emotional about events or difficult situations that we have experienced many times, we can underestimate the effects of these situations on others.