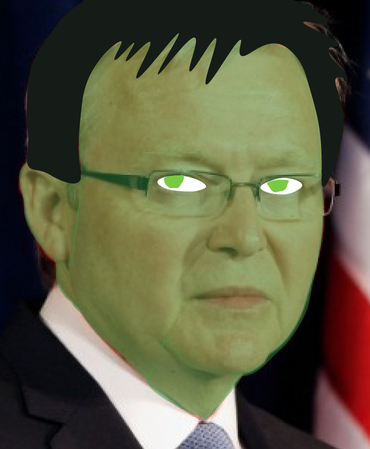 When Bruce Banner gets angry and becomes the Incredible Hulk, he gets results.

For that reason, anger is one of those interesting emotions that can make us uncomfortable but—strangely—feels compelling.

Anger typically helps us to overcome obstacles to certain goals. Specifically, when we are pursuing rewards or ideals and someone or something gets in the way, our ‘fight’ response kicks in to help us push through these obstacles.

For example, when delivering a pet project you may regularly come in contact with others who throw up smokescreens and barriers to prevent you from reaching your goals. They’ve got their own goals, mind you, and maybe you’re getting in the way of them.

That’s why we all bounce around like ping pong balls between one person and the next to try to reach our own preferred outcome. And we often step out of the way or avoid the angry, vocal lot. Anger can work wonders in getting you closer to a goal.

But there are some drawbacks with anger. Aside from the obvious problems it generates—the inevitable outbursts, alienation of co-workers, and even violence—anger can also give you tunnel vision.

Studies show that anger makes us better at dealing with details but impairs our ability to see the bigger picture.

In one study, participants were required to hit a button when they saw a particular letter of the alphabet on a computer screen. The letters were presented in clusters so that when viewed as a whole they actually showed a larger pattern which also resembled a letter.

The participant had to try to switch their attention from the larger ‘bigger picture’ letter to the smaller letters from which it was composed. Essentially, the test lets the researcher know how easily the participant can broaden or narrow their focus.

These angry participants found it easier to see the smaller letters but their reaction times were slower when detecting the larger letter. That is, they were better at narrowing their focus but couldn’t rise out of the weeds to see the bigger picture.

The researchers also found that angry individuals were also less inclusive in how they categorised things. For example, they rejected the notion that words like ‘camel’ and ‘car’ could be classified under one heading (e.g. mode of transport, words starting with c).

Anger appears to help individuals to focus on a specific goal and works to close us off to alternatives. Of course, unlike the Incredible Hulk, I am open to an alternative interpretation.

Although only loosely based on science, there is some truth in the idea that the left

Running my own business, I don’t presume to know it all. But now that I’ve reached

When I was attending a lecture in psychology on Sensation and Perception, the lecturer described a

According to science, I am no longer the same person I was
When I was studying psychology, our statistics professor had a strategy to
For many of those who know me, I have had a bill
Ok, so if you’re not in the mood for having your mind
In the red corner is Harvey Weinstein. Weighing in at over 250
Go to Top