In the Avengers: Age of Ultron, it takes the chief villain—an artificial intelligence—only a few minutes to decide that the entire human race needs be wiped off the earth.

If you feel like this plot sounds all very familiar, you’re right.

Hollywood doesn’t just copy the same stories for the hell of it. They deliver us the same story in the same way McDonalds produces identical burgers all over the world. They recreate the same experience knowing we will purchase it again and again.

Technophobes may disown social media and frown at the loss of jobs and livelihoods to more efficient and automated machines.

At its core, technophobia is a fear of the death of humanity. Hollywood films play to this fear with evil robot stories.

Let’s take a look at some of the robots who love to kill/enslave us.

Ultron doesn’t take long to want to destroy all of mankind but he spends endless battles fighting in his physical form when you’d assume he could just wipe us out with a computer virus.

The artificial intelligence in The Matrix (1999) was so clever it enslaved the human race but allowed humans to live in a fake artificial reality to stop them from rebelling. The idea will terrify technophobes but some scientists have considered it more than likely that we are indeed inside a computer simulation.

Proteus, from Demon Seed, wants to be reborn as a human so that he might be accepted by society.

What’s more terrifying than a creepy artificial intelligence that wants to impregnate you with his ‘demon seed’. Again, not so far fetched given scientists recently grew sperm in a laboratory. 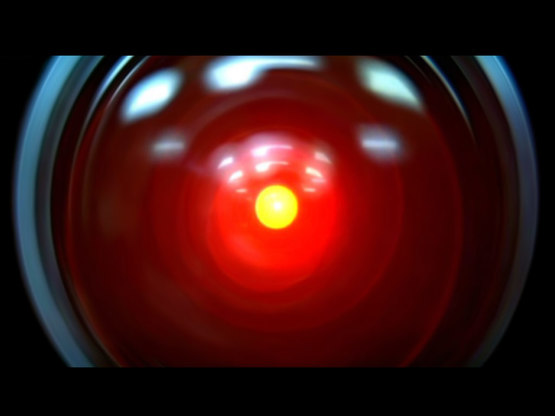 There’s something chilling about HAL, the artificial intelligence from 2001: A Space Odyssey. He suddenly and calmly chooses to exterminate the crew who are on a space exploration mission. HAL creeps us out because it’s hard to tell if he’s a cold, logical, machine simply playing out his programming or if there’s some sinister, emotional motive.

You have to admire machines that are so intent on eliminating humans that they send a terminating machine back in time to ensure the leader of the human resistance is never born.

These machines seem intent on destroying humanity for what seems like no good reason at all. 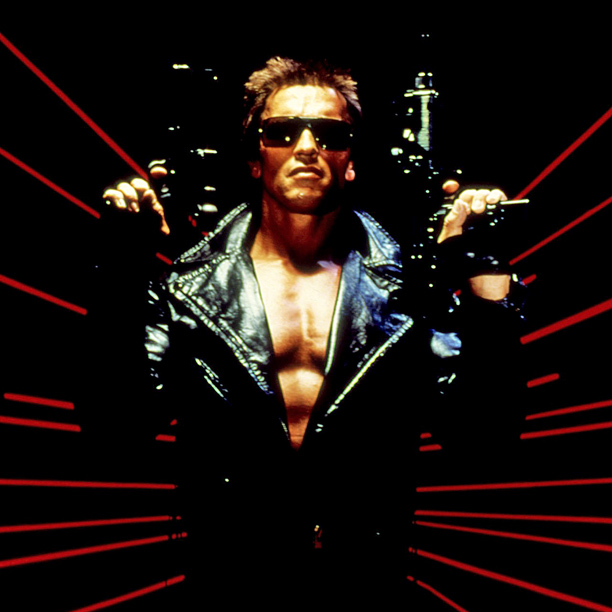 Then there’re the robots that love us…

But not all machines are trying to kill us. In some cases, Hollywood presents artificial intelligence with strong human characteristics. Here’s a few that are here to protect us. 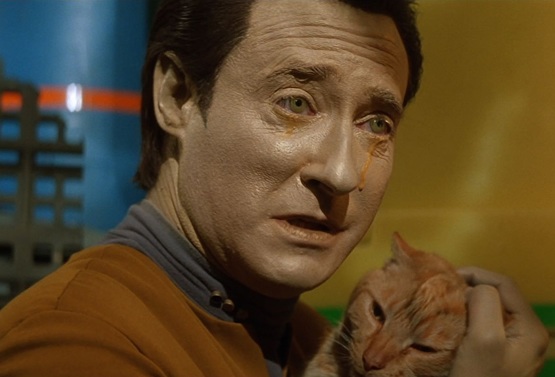 We can relate to a character like Lieutenant Commander Data because he endeavors to be human not to mention he single-handedly saves the crew of the Enterprise in every second episode. 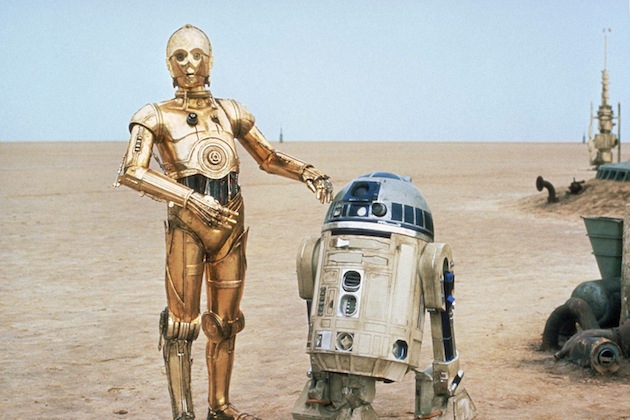 Both these droids from Star Wars bicker like an old married couple, again showing us that the machines we find less threatening exhibit human qualities.

George Lucas even had real, human actors to depict these droids. The lean Anthony Daniels squeezed into the C3P0 suit and sweltered in the hot Tunisian dessert. Little person, Kenny Baker, portrayed R2D2 in scenes requiring the little droid to shake about when in distress.

Paul Bettany portrays a hybrid human/robot in the Avengers sequel who seems to admire the human race, even with their flaws. The message here is that artificial intelligence needs some of our human qualities. 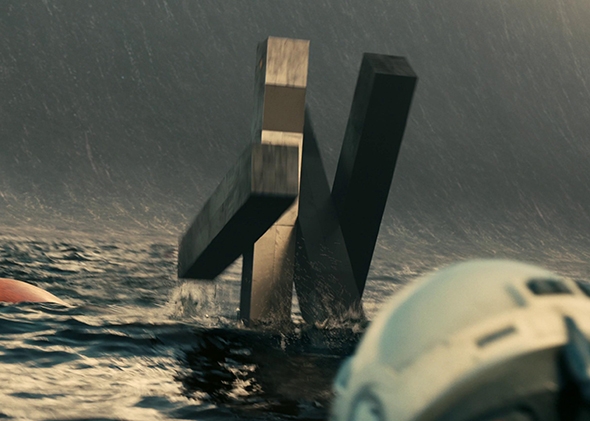 The NASA robots from Interstellar are not only heroic but have in-built humour to make them more relatable.

Throughout Interstellar, we expect one of these robots to go off the deep end and are pleasantly surprised that they maintain their usefulness and altruism.

In an answer to stop homicidal machines, the human resistance reprograms one of them to fight on their side. It isn’t enough that he’s highly efficient in defending the future leader of the resistance. He also spends much of the movie learning about and respecting his new found humanity. 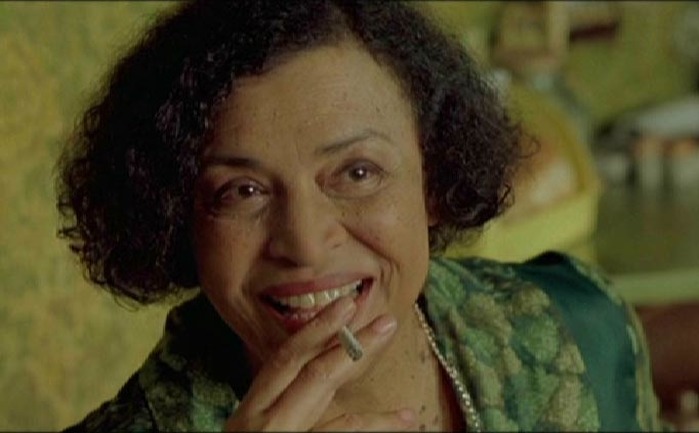 The program within the artificial reality in the Matrix guides the heroes in the story as a prophet and conscience for both humans and machines. In her manner and approach, being an intuitive program, she comes across as the most human character in the Matrix.

Now that the teaser for the new Avengers movie, the Age of Ultron, has been released,

‘You are not taking me to the cooooler’ decalred Mr Freeze, played by former Mr Universe, Terminator,

The idea of nipples on the Batman suit sent fans into fury. There are countless discussions